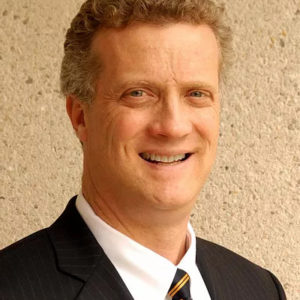 Andy began his legal career in 1989 as an Assistant District Attorney in Westchester County, and spent five years trying criminal cases to juries. He also represented the People of the State of New York in opposing appeals and habeas corpus motions brought by convicted felons, and fought to extradite wanted felons across state lines.

Beginning his civil litigation career at a large, international, AmLaw 100 litigation firm in 1994, where he rose to become a partner, Andy managed the defense of complex medical malpractice and catastrophic injury cases. He later formed the law firm that has become Turken, Heath & McCauley, LLP—his two principal partners also having worked at the prior firm—and serves as its managing partner.

Andy defends actions and tries cases throughout the New York City metropolitan area and surrounding counties. His practice is concentrated in the defense of complex medical malpractice claims on behalf of major academic medical centers, physicians and surgeons, dentists and oral surgeons, nurses, radiology technicians, and other professionals who deliver healthcare to the public on a daily basis. He also defends nursing homes and their staff members against claims of professional malpractice and general negligence.

Andy typically defends actions in which the plaintiff is seeking millions of dollars in damages. His first strategy is to look for the way that his client simply gets out of the case without payment before the action proceeds to trial—the best outcome of all. In one such case, in which a young, single mother alleged that numerous doctors and hospitals had failed to timely diagnose and treat her for an intra-medullary spinal cord tumor, resulting in permanent paralysis, Andy moved for and obtained an order of summary judgment on behalf of his two clients, a neurosurgeon and hospital, entirely dismissing the plaintiff’s claims against them. After Andy extricated his clients from the case, it proceeded to trial against the remaining defendants and culminated in a 47-million-dollar verdict for the plaintiff, which his clients were relieved and grateful to have avoided

Andy has developed a record and reputation for success in the courtroom and in alternative dispute resolution. Two areas of sub-specialization that he has successfully developed are oral and maxillofacial surgeons and EMS agencies and personnel. Recently, he obtained a defense verdict in Brooklyn in an action in which the plaintiff alleged that Andy’s client, an oral maxillofacial surgeon, employed an improper surgical technique and caused him permanent nerve damage. The plaintiff also claimed that he had not been informed of the inherent risks of the procedure. The jury rejected all of the plaintiff’s contentions in rendering its verdict for the defendant.

Drawing on his own 30 years as a volunteer EMT, Andy successfully defended the interests of an EMS agency against a claim that its paramedics had failed to appreciate serious spinal injuries in a trauma victim, and to immobilize him for transport, allegedly resulting in quadriplegia. He also successfully defended a specialized healthcare facility against claims of severe neurologic injuries claimed to have been sustained by an infant, who had a pre-existing thermoregulatory disorder, due to an allegedly improper technique of medical transportation. He has defended numerous injury claims brought by ambulette patients against transport agencies and the medical facilities they serve.

Andy obtained a defense verdict from a Bronx jury in an orthopedic surgery case in which the plaintiff claimed that unnecessary surgery and poor surgical technique resulted in permanent physical deformities and a neurologic disorder of her foot. After the month-long trial, the jury unanimously held that the orthopedic surgeon and the hospital, both represented by Andy, were not liable.

Aggressive investigation of dubious claims has been a hallmark of Andy’s 25 years as a defense litigator through his association with experienced experts, online researchers, private investigators and surveillance teams. In addition to medical malpractice actions, Andy is accomplished in the defense of general liability actions. For example, he successfully defended an action on behalf of a Fortune 500 company that owned a vehicle involved in a collision with a state government vehicle. Due to the facts of the accident, it appeared unlikely that the case could be won on the issue of liability. However, after the driver of the government vehicle alleged that he had sustained permanently disabling injuries as a result of the accident, Andy obtained valuable evidence that he had actually been on vacation at Disney World during the very time he claimed to have been home recuperating from the initial injuries. This provided the needed leverage for Andy’s client to quickly and favorably resolve the matter for a fraction of its claimed value.

Andy also has experience in toxic tort, pharmaceutical and product liability litigation, having defended DES cases (in which plaintiffs alleged birth defects caused by a medication taken by their mothers during pregnancy), breast implant cases (in which the plaintiffs’ bar declared virtual war on manufacturers of silicone breast implants, claiming the implants caused rheumatologic and other forms of diseases until peer-reviewed scientific studies finally debunked the medical theories behind such claims), asbestos actions and underground storage tank cases (involving claims of fuel leaks causing ground or water contamination).

Andy has obtained defense verdicts from juries within New York City and in the surrounding suburbs. In Westchester, a jury agreed with Andy that his client, a building maintenance company, was not responsible for causing severe and permanent neurologic injury to a uniformed security officer who fell down a flight of stairs, struck his head, and then alleged that the maintenance company had used improper cleaning methods and negligently failed to warn of the hazard posed. In the Bronx, Andy obtained a defense verdict in a case in which a visiting medical professional claimed that negligent snow removal by a major New York City medical center caused him to fall and suffer a severe spinal cord injury. There, the plaintiff alleged that, while the path might have been plowed, it was nonetheless too narrow for a pedestrian to safely negotiate. When Andy placed before the jury an actual-size photograph of the snow plow at issue, which was more than half the width of the jury box, it seemed to make the point that the plaintiff’s “too narrow” story was simply not accurate.

Andy graduated from Ithaca College, in 1986, with a Bachelor of Science degree in Communications, and attended law school at Catholic University of America, obtaining his Juris Doctor degree in 1989. He is admitted to practice law in the State of New York, State of Connecticut, and the United States District Courts for the District of Connecticut and the Southern, Eastern, Northern and Western Districts of New York.

When not representing his client’s interests, Andy serves his community in a volunteer capacity as a New York State-certified Emergency Medical Technician, a passion he has continuously pursued since 1986.