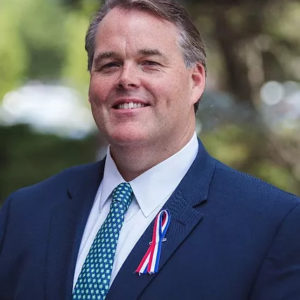 Matt McCauley first joined forces with his two partners, Jason Turken and Andy Heath, when they all worked at the Manhattan office of an AmLaw 100 national litigation firm. Matt had previously been serving as a senior law clerk in the United States Court of Appeals for the Second Circuit, where he drafted numerous judicial opinions and memoranda, including several for the Honorable Sonia Sotomayor, now an Associate Justice of the United States Supreme Court. After his transition to the private sector, Matt became a busy and talented medical malpractice defense attorney, successfully handling a large caseload, assisting at numerous jury trials including the questioning of witnesses, and obtaining numerous favorable decisions granting motions for summary judgment or procedural dismissals to Matt’s clients in complicated medical malpractice actions brought by some of New York City’s best plaintiff’s attorneys. At the same firm, he added the defense of multi-state pharmaceutical and medical device cases to his resumé, working on all of the above simultaneously.

Matt then became senior litigation counsel at another large New York firm. There, his earlier background as both a police officer and certified paramedic made him a natural fit to develop the firm’s nascent practice in the representation of first responders in 9/11-related matters. Before graduating law school, Matt had been a New York City police officer assigned to Manhattan North, Queens North and to the Deputy Commissioner of Legal Matters. In the latter position, he had served as a liaison between the NYPD and other city, state and federal agencies in high profile cases. Prior to and during his NYPD career, and even during the early years of his legal career, he continued to work as a paramedic in Westchester County and New York City. On September 11, 2001, shortly after the initial attacks on the Towers, he had instinctively reported for duty to Ground Zero as a volunteer first responder from his job at the Second Circuit federal appeals court several blocks away.

Several years after the dust and smoke from that tragic day was thought by most to have cleared, but when it actually became apparent that first responders and many others involved in the rescue, recovery and clean-up work at Ground Zero were falling ill with various diseases at young ages, Matt joined forces with some of the country’s best legal and political advocates to feverishly lobby for the passage of the James Zadroga 9/11 Health and Compensation Act of 2010, affording benefits and compensation to ill and injured first responders and civilian survivors through the creation of the September 11th Victim Compensation Fund, administered by the U.S. Department of Justice. Matt and other dedicated advocates of the crucial legislation successfully redoubled their efforts and, in 2015, and then again in 2019, got Congress to reauthorize the Zadroga Act. He has dedicated himself to fighting for the cause of the September 11th first responders and civilian survivors for as long as the need may exist.

Matt joined the firm in 2016 and became a principal partner in 2019. Continuing to work as a 9/11 advocate, he has obtained millions of dollars in awards from the September 11th Victim Compensation Fund, administered by the U.S. Department of Justice, for first responders (including not only police officers and firefighters, but also construction and iron workers, sanitation workers, civilian volunteers and many others) in their subsequent role as victims and survivors of the terrible, medical aftermath of those devastating events. Matt also spends considerable time and effort (on a pro bono basis) informing first responders and qualifying civilian survivors about the World Trade Center Health Program (administered by the federal Centers for Disease Control and Prevention), and getting them enrolled as participants. This enables their health to be monitored regularly, at no cost to them, by doctors, nurses and other healthcare professionals specializing in occupational and environmental illnesses, often providing for the earliest possible medical intervention to address a 9/11-related disease.

In addition to his diverse litigation and 9/11-related work at the firm, Matt serves as a town prosecutor for the Town of Mamaroneck. During law school, he was appointed as a student assistant district attorney in the New York County (Manhattan) District Attorney’s Office, where he prosecuted domestic violence cases. He was also selected as a student intern by the Office of the U.S. Attorney for the Southern District of New York, where he worked with federal prosecutors on terrorism cases. He is dedicated to his family and church, is an active member of his Parish, and holds board member positions on a school foundation and various youth sports organizations, for which he also coaches. He is admitted to practice law before the courts of the State of New York, Commonwealth of Massachusetts and District of Columbia, and before the United States District Courts for the Northern, Southern, Eastern and Western Districts of New York and the United States Court of Appeals for the Third Circuit.