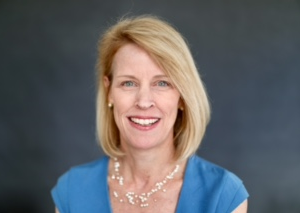 Regina Munster met Jason Turken, Andy Heath and Matthew McCauley in 2007 when they all worked at the Manhattan office of an AmLaw 100 national litigation firm. Under the tutelage of these attorneys, Regina continued her training as a medical malpractice defense attorney, handling all aspects of those cases from inception through to the conclusion of discovery. Concurrently, she expanded her practice to include the defense of multi-state pharmaceutical and medical device cases.

Regina then joined a Buffalo-based firm that was expanding into downstate New York and the surrounding tristate area. There, she continued practicing medical malpractice defense and products liability, and further expanded her practice to include premises liability, transportation liability and general liability cases. In addition to trying smaller cases to verdict, Regina assisted at numerous jury trials conducted in state and federal venues. She also mediated dozens of cases to resolution. Her work resulted in many favorable decisions for her clients.

Practicing law was not Regina’s first profession. After graduating from Kenyon College, Regina worked as an emergency medical technician (EMT) in a level-one trauma center on Long Island. Upon completion of her certification as a paramedic, Regina began working in the New York City EMS system for a private hospital, a position she maintained for a decade. During that time, Regina taught high school biology at a Long Island Catholic school for two years. Upon deciding to attend law school, Regina resumed working full-time as a paramedic, a job that she maintained while attending Fordham Law School.

As a paramedic, Regina responded to lower Manhattan on September 11, 2001, reaching the Brooklyn Bridge just as the South Tower fell. She witnessed the devastation and attempted to treat and to move to safety those who escaped the collapse. Regina was one street away from the North Tower as it fell. For the remainder of the day, she remained in lower Manhattan, standing by to treat and to transport any individuals in need. Twenty years later, Regina’s EMS background and legal training made her transition into the firm seamless.

Shortly after joining the THM team, Regina assumed management of the appeals practice. In that role, Regina drafts all appeals that are filed with the Victim Compensation Fund, and produces for testimony all claimants who have filed an appeal. Regina handles approximately 50 written appeals per year, and produces for testimony a commensurate number of claimants. Beyond her work in the appeals realm, Regina is integrally involved in the day-to-day matters of all cases, with a specific focus given to the filing of wrongful death matters.

In addition to her work as a lawyer, Regina serves as the general counsel and secretary for the g6pd Deficiency Foundation where she works tirelessly to educate the public about this widespread, but little-known genetic enzyme deficiency. Regina is admitted to practice law before the United States District Courts, Southern and Eastern Districts of New York, and the New York State courts.