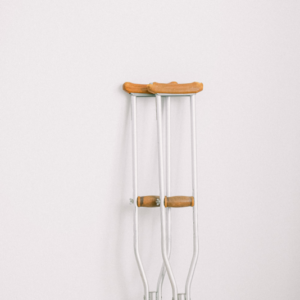 A 44-year-old woman living in a Manhattan building which housed a residential program for persons with a history of mental illness called down to the lobby from her apartment to seek assistance due to a fall.  She was found on the floor and taken by ambulance to a local hospital where she was diagnosed with an ankle fracture. She underwent orthopedic surgery with placement of hardware to repair it.  She later underwent surgery to remove the hardware.  She brought an action against the nonprofit agency that owned the building and ran the program, alleging that the cause of her fall was a negligently installed or maintained door saddle separating the bathroom floor from the hallway.  She contended that the saddle was too high and inherently dangerous.  At the close of discovery, we moved for summary judgment, offering the affidavit of an engineering expert who concluded based upon a personal inspection that the saddle satisfied the requirements of the applicable NYC building code, and even met the more stringent standard applicable to apartments designated for persons with physical disabilities (although the plaintiff was not physically disabled, and her apartment was not one of the so-designated apartments in the building).  In opposition, the plaintiff put forth the affidavit of an engineering expert who opined that, based upon his “50 years of engineering experience,” aspects of the saddle were inherently dangerous and caused the plaintiff’s accident and injuries. The court ruled in our favor on the basis that the saddle was in compliance with the applicable building codes, that the rules and statutes cited by the plaintiff and her expert were general safety standards merely requiring that multiple dwellings be maintained in “a safe condition,” and that plaintiff’s expert’s opinions about the saddle being unsafe were declaratory and conclusory, and not supported by actual evidence.  The action was dismissed. 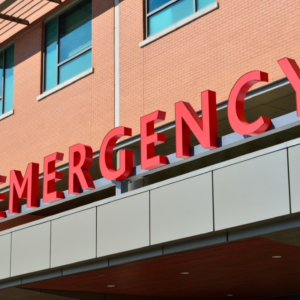 We represented a hospital and an ER physician in this case in which the 53-year-old plaintiff claimed that the defendants all overlooked and negligently failed to timely diagnose her colon cancer, causing the diagnosis to be delayed until it was a Stage III, invasive tumor of the sigmoid colon, significantly diminishing her odds of cure or long-term survival.  Our team defended our two clients on the basis that they had warned the plaintiff when she came to the emergency room that her symptoms required cancer to be ruled out by undergoing imaging studies and possibly a biopsy, but she elected to sign out of the hospital against medical advice. She claimed in the suit that the sign-out note in the hospital record was false or embellished, and that she had never been made to understand that ruling out cancer was the reason our clients wanted to admit her.  As her attorneys attempted to reach a global settlement with all defendants, we advised them that we would be filing our motion for summary judgment imminently.  They then elected to execute a voluntary stipulation of discontinuance releasing our two clients from the action without any indemnity payment.  A group of the remaining co-defendants collectively settled for a seven-figure sum. 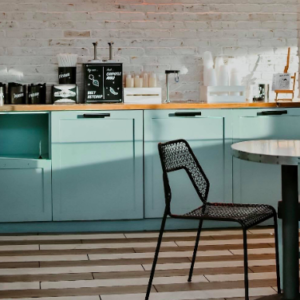 The plaintiff was a probationary employee of a satellite medical practice owned by our client, a hospital. The practice was located in a suite of medical offices leased by the hospital from the co-defendant commercial landlord. The plaintiff claimed that she slipped in a puddle of water on the floor of the practice’s break room, landed on her back, and was found on the floor by co-workers who responded to her cries for help. The plaintiff was the sole witness to the actual accident. She filed a workers’ compensation claim and was found to be disabled due to her alleged back and neck injuries.  She was awarded compensation.  She then filed a negligence action against both the hospital and the landlord.  Pursuant to the express terms of the lease of the office suites, the landlord tendered the defense and indemnification of its own potential liability to the hospital, and the tender was accepted, so, in addition to being the hospital’s counsel, we became the attorneys for the landlord.  After sufficient discovery, and when plaintiff refused to discontinue the action as against the hospital on the pretense that the facts concerning the plaintiff’s employment status were unclear, we moved under CPLR Rule 3211 and Workers’ Compensation Law §11 to dismiss the claims against the hospital based upon subject matter preclusion, since the NYS Workers Compensation Board maintains exclusive jurisdiction over claims against employers for work-related injuries.  In other words, employees cannot properly sue their employers for such injuries.  Our motion was granted and the case against the hospital was dismissed.  Six weeks after that decision was rendered, we moved for summary judgment on behalf of our remaining client, the landlord, arguing that, under both the express terms of the lease and in actual practice, the hospital maintained exclusive access to its own medical practice within the landlord’s building, and the landlord could gain entry only with the hospital’s permission and assistance, or in an emergency.  In legal terms, our remaining client was a “landlord out of possession” of the premises at issue, and therefore could not have received or been charged with knowledge or constructive notice of some water spilled on the floor of the practice’s break room in the middle of the day.  The motion was granted and the case against the landlord was dismissed.  The case was thus resolved for our two clients via separate motions on separate legal issues, and no indemnity payment was made to the plaintiff.

In an action alleging medical malpractice and wrongful death, the plaintiff claimed that the defendants failed to timely diagnose the decedent’s invasive gastric adenocarcinoma, denying her the opportunity for timely therapeutic treatment and potential cure and ultimately causing her death. Based upon the histopathology and pathogenesis of the particular malignant tumor at issue, we prepared a strong, substantive defense on the medical issues through early consultation with appropriate experts. However, when it became apparent that the supposed administrator of the plaintiff’s estate had not been properly appointed by the Surrogate Court, and when the plaintiff continued to delay for unknown reasons to properly obtain the formal appointment of an estate representative after we moved to dismiss the action for lack of standing, our motion to dismiss was granted. 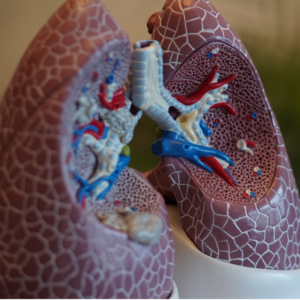 Estate of Patient v. Three Physicians, One Nurse and Hospital

The plaintiff’s 43-year-old decedent was admitted to the hospital through the ER in the early morning hours with respiratory symptoms and complaints. After undergoing several diagnostic tests including a D-dimer test, which proved negative for the presence of protein fragments in the blood that could suggest clot formation, she was admitted to a medical floor by mid-afternoon for further observation, and coded and died unexpectedly in the middle of the night from what proved, by autopsy, to be a silicone pulmonary embolism. She had never revealed at the hospital that, two days earlier, she had undergone illicit injections of silicone into her buttocks for body enhancement by an unlicensed practitioner. The incident was covered by local newspaper and television news stations.  The unlicensed practitioner was subsequently tried, convicted and sentenced to nearly a year in jail for her role in causing the decedent’s death, which attracted some renewed publicity. The decedent’s estate then brought a civil action for medical malpractice and wrongful death against the hospital, and some of the doctors and nurses, for failing to prevent her death.  In the litigation, family members and friends of the decedent testified that they had visited her in the ER and her hospital room, and she had shown them some still-visible injection marks on her upper buttocks.  Neither the decedent nor any of the visitors brought this to the attention of any doctor, nurse or other staff member. The plaintiff was represented by a well-known law firm which argued that the hospital, ER physician, two physicians on the Medical floor, and a nurse, had been negligent in several ways, including by overlooking the injection sites when they examined the patient, or by failing to properly inquire about them. They also alleged that the defendants failed to diagnose an underlying cardiac condition which supposedly served as the direct mechanism of cardiac arrest, and that the presence of this condition should have led to the patient’s observation having been conducted in an ICU or telemetry unit.  They asserted that these alleged transgressions resulted in the decedent’s death. Their settlement demand was $2.5 million. We moved for summary judgment on all the causes of action.  The court granted our motion, in part, dismissing the cardiac theories and certain other claims and causes of action, but also denied the motion in part. The plaintiff appealed the portion of the decision which granted some aspects of the summary judgment motion. We cross-appealed the portion which denied the other aspects.  However, as the deadline for submitting the briefs to the appellate court fast approached, the plaintiff’s attorneys suddenly moved to be relieved of counsel and abandoned their appeal. Their motion to be relieved was granted, and the plaintiff failed to appoint new counsel. Our subsequent motion to dismiss the entire action for failure to prosecute it was granted, and Judgment was entered for the defendants.